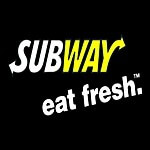 Food is one of the industries that continue to expand given the large demand from the general public. People want good food, and they want it fast—oftentimes opting to eat on the go in order to cope with the hectic daily grind. Subway is a fast-food company wholly owned and operated by Doctor’s Associates, Inc. It has headquarters in Milford, Connecticut. It has five regional centers for its international operations: Amsterdam; Netherlands for its European operations; Australia and New Zealand operations have a regional center in Brisbane, Australia; Asian operations have regional offices in Beirut, Lebanon, and Singapore; and its Central and South American operations are run from Miami, Florida.

In terms of branches, Subway is the largest fast-food chain in the world with more than thirty thousand restaurants. You’ll find a Subway in practically every country. It is the second largest restaurant chain in terms of revenues. Subway consistently ranks in Entrepreneur magazine’s list of top 500 franchises, ranking second in 2012. It also ranked second in “Fastest Growing Franchise” and “Global Franchise” lists. 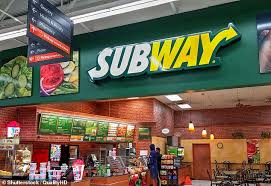 To the uninitiated, the core of the business is the submarine sandwich, which is approximately a foot long. It is filled with almost every cold cut and topping imaginable and is served with different sauces and breads. Subway also serve wraps, muffins, cookies, salads, flatbreads, and doughnuts. Lately, Subway has also started serving cookies and other sweets. It has an exclusive deal to serve Seattle’s Best Coffee as part of the breakfast menu.

The most challenging entry-level Subway application role is the position of a subway sandwich artist.  This proves to be a challenging job as it requires excellent people skills as store employees continuously interact with customers in filling out their orders. Attention to detail and adhering to standards is also a requirement. Employees are trained to meet specifications as well as to follow procedures, ensuring that a sub served in each restaurant follows the company criteria. Qualified and experienced sandwich artists can be promoted later on to assistant store managers. This requires greater responsibility and more involvement in the day-to-day operations of each store. You will have to be trained about stocks, inventory, shift schedules, and many more. An assistant store manager will also be assigning shifts and monitoring deliveries, so expect a lot of paperwork and documentation.

Although working at a store means that the employee will most probably be working for a franchise, work and procedures training help to standardize the service and products. It also maintains the company’s reputation of high-quality food and freshness. Most importantly, Subway employees are trained to be experts in customer relations. As their famous tagline is “Eat Fresh,” most Subway sandwiches are customized to the customer’s liking. It is but reasonable to expect that a lot goes on in the exchange between the customer and the employee making the sandwiches. The employee must always be polite, respectful, accommodating, and, most of all, understanding when a customer makes a mistake or changes his or her mind. Patience levels must be exemplary as you go through toppings one by one and ask for the customer’s approval or rejection. Lastly, you must have a knack for knowing flavor combinations and profiles. Customers often rely on the sandwich artist for suggestions on which sauce goes well with a particular kind of bread and which cold cuts are served better with them.

Subway is always on the lookout for fresh talent and the next generation of dedicated individuals who would contribute to further its success.  Applications have been made easier since interested parties can apply at Subway through its website: http://www.subway.com/subwayroot/careers. The website allows the applicant to log in and update a Subway job application submitted on the website. The Subway application can be for regional locations or franchise stores or main office jobs. The website visitor can create an account and browse through the job openings. Filters on the site include one for store location. The Subway application form can be filled out online at the company website’s Careers page. After filling out and submitting the Subway job application form, the applicant will be informed of any updates and developments through his contact details.

Known as one of the fastest growing fast-food restaurants in the world, Subway is continuously on the lookout for competent store managers to head its regional offices or its main office. The expansion of the Subway group is strategic and covers more areas in the United States and all over the world. Subway strives to promote a culture of healthy eating whereby customers are given the opportunity to make informed choices about the food that they buy. More greens and fiber are being introduced to their diet, and leaner cuts of meat are being offered in the cold cuts. Subway also offers tuna and all veggie alternatives for those who are watching their weights or have health considerations. It is a busy and ever-changing business that needs dynamic and energetic individuals who can keep up with the many demands.

Being the manager of a busy store such as Subway does have its benefits. It is a role that is financially rewarding as a Subway store manager takes home anywhere from $20,000 to $52,000 annually, depending on the franchise owner and the location of the store. Franchisees have a certain leeway with the pay scale, but it is still a respectable amount. The employee benefits also depend on the local laws and labor regulations. Typically, the annual salary ranges of a Subway management post are from $20,000 to $42,000, with cash bonuses, profit sharing, and commissions on sales. Managers of franchises may have additional bonuses and bigger compensation because store managers directly report to the Subway franchise owner. These are local openings with growth dependent on the growth of the franchise. For example, a certain franchise may allow for commissions or profit sharing if the store performs extremely well for a certain period. Other incentives may also be given for meeting sales or marketing numbers as well as a set number of customers.

For main office and regional office jobs, the salary scale is competitive with the rest of the fast-food industry. Other jobs related to retail and distribution include business consultant, night manager, district manager, among others. 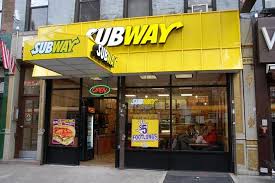 Another aspect that Subway prides itself in is the research and development of new products and flavors. Subway strives to keep things fresh and flavorful and consistently tries out new ingredients to add to the already kilometric list they have. Subway has its own test kitchens as well as its own research and development teams.  In recent years, they have tried to address niche markets by introducing culture-sensitive menus, like kosher food in the United States and vegetarian menus or beef-free and pork-free menus in some other countries. Experts in the food and beverage industries are crossing over to Subway to lend their skills and ideas to continuously innovate the Subway sandwich. Of course, Subway’s primary goal is to expand its market reach with the retailing of its excellent design-your-own sandwiches. This is the reason why Subway also has continuous job openings for sales, marketing and distribution, as well as franchising experts. A Subway application for most jobs can be done through the Subway Careers page.

A career at Subway is more than simply providing food for people on the go; it espouses a culture of good food and healthy choices. Unlike fast-food products, Subway’s sandwiches are natural, light, and healthy. More importantly, Subway involves the customer in deciding what goes into their sandwich—they call the shots every step of the way, and this is what makes the Subway sandwich a personal encounter. Customers just keep coming back to Subway because of the great sandwiches and the wonderful customer service that they receive each and every time. You too can be part of this wonderful relationship.

Subway is a leader in healthy fast food. As a restaurant, the main value added is the size of the sub sandwich. At the same time, the company has been pushing for social responsibility via its campaign for healthy eating. If you want a career at Subway, you should understand that the company is trying to educate its customers to eat at Subway because it serves food made from freshly baked bread and only the choicest ingredients. The aspiring employee should come up with a Subway online application that highlights his/her people skills, ability to learn, and, above all, cleanliness. That’s right. Every Subway sandwich artist cleans up after himself as the focus on sanitation and hygiene within the store premises is paramount.

Compared to jobs at other fast-food restaurants, Subway associates spend more time interacting with the customers than anywhere else. The food is prepared from scratch in front of the customer and is ready by the time they pay at the counter.

Additionally, because each Subway store is relatively small compared to other fast-food restaurants, there are fewer employees. This also means that there is a higher customer-to-employee ratio and more work for each employee. At Subway, the whole shift is spent doing something, whether preparing subs or cleaning up.

Subway store management is an autonomous function, which requires a big level of independent decision making. For the most part, there is no escalation of issues to regional offices.

Applicants are expected to have prior experience in the fast-food industry or in a supervisory or management position. Applicants for management positions can file their Subway application online. The Subway application online form is a fairly standard form, and the applicant has to list his qualifications. At the same time, he should pay attention to underline his work experience and other skills training.

If an applicant feels that he is qualified for more than one position, he can submit an application for Subway positions as many times as he wants. The Subway employment application process can also be done at the store, in person instead of doing it online. Job openings are sometimes posted at the store bulletin boards.

Subway stores are franchise owned, and store salaries depend on the location as well as the franchisee. Full-time regular employees have health and insurance benefits, paid time off (vacation leaves), disability insurance, and flexible work schedules. Another advantage of working for Subway is the discount on the food. Depending on the location, the discount can be up to half-price off. Subway also has an online training program called the University of Subway. Employees can take the company’s online courses for possible promotions from within the company.

Things to Know About Subway

Subway has come a long way since its humble beginnings. The company was founded in 1965 in Bridgeport, Connecticut. Currently, the main offices are located in Milford, Connecticut. From the very beginning, it has tried to pursue a healthy food menu based on bread freshly baked on the premises and fresh produce.

The Subway fast-food chain is primarily a healthy food distribution network. The business of the company is to provide healthy food options at its more than thirty thousand branches worldwide. It has innovated to maintain a competitive edge within its area of operations. Along these lines, it has offered a kosher menu in some stores in United States and a beef- and pork-free menu in stores in India. Maintaining culture-sensitivity has become a trademark, besides the value it puts on fresh produce and customer-driven sandwich making.

Because of the small size of the teams manning the stores, Subway personnel do everything including cleaning up after themselves. Each employee is expected to have a good rapport with their customers. More than serving a customer, a subway employee is expected to engage and satisfy a customer from the start of the Sandwich assembly process up to the time he or she receives the order.

We also recommend the following job application pages for you: