Speak of a topic like “General Manager Job Description” and so many things pop up in your mind. You think about a General Manager’s job roles, the qualifications of becoming one, who he/she is supposed to report to, how he/she is expected to interact with others in the organization… and the list goes on.

To be honest, we had to talk to one of the most successful General Managers who hails from a top-performing organization for this one. Soak it all in! Who knows? You might have what it takes to become a GM after all!

What is a General Manager?

Understanding the term general manager is critical. And guess what? It isn’t even that complicated because the definition is right there on the job’s title. “General” meaning that he/she oversees all the lower-level managers, including hiring, training, and disciplining, therefore, ensuring that the organization generates revenue and minimizes cost in the most effective way possible. 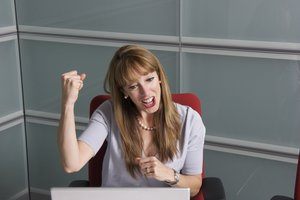 Is a General Manager a CEO?

Most people think that a General Manager is their CEO. Well, you are wrong to think that.

Sure, a General Manager may be obliged to perform the roles of a CEO in certain organizations, but the CEO will always oversee what the GM does. So, next time you see your GM performing the roles of a CEO, your CEO probably asked him to do them. In small companies, however, a top-level executive such as a CEO might take on the duty of a GM to cut down the cost of recruiting a separate professional for that role.

Also, some companies might hire a product manager, branch manager, managing partner, managing director, operations managers or brand manager to take on the roles of a GM side to side with the roles of his/her job position. This is because the roles between these job titles are sometimes so similar in certain industries that it is hard to draw a clear distinction.

Where do you start when your dream is to become a General Manager?

For starters, the general idea of what it means to be a General Manager comes from seeing them on duty. And so to become a general manager, it almost mandatory for you to have worked as a lower-level manager, where you are under the direct supervision of a GM.

What you would generally expect from a qualified candidate for a GM position is someone who has a thorough understanding of a company’s hierarchy of roles & operations, as well as the departments. Most importantly, he must be very skilled at managing employees and making viable decisions for the daily running of the organization.

What is the Minimum Educational Requirement for a General Manager?

The general education requirements for a GM position largely depend on the scope/field of work. But to answer this particular question, a job hopeful for a General Manager position must at least have a Bachelor’s Degree in Management.

Is it possible to work your way up to General Manager Level?

The precise answer to this question is, yes. There are so many employees who have earned the GM title by dedicating many many years to lower-level managerial/supervisory positions. In fact, most company presidents or CEOs take this route.

How much do General Managers make a Year?

Of course, this will depend on the organization and its jurisdiction. However, the Bureau of Labor Statistics estimates it at 95000 dollars or $46 on the hour.

What makes a successful General Manager?

A General Manager should have the following attributes:

As a General Manager, you must always do what you think is good for the business without the fear of being reprimanded. You must be analytical, but remember to always trust your intuition.

Set reasonable deadlines and cultivate a culture of self-discipline in the organization. Do not be afraid to tell the truth as it is. At the same time, do not be afraid to show the employees that you care about them.

Avoid reprimanding those who fall behind in public. Also, praise those who do well in public. It’s not all about work; it’s OK to have fun at work.

Let the customer be the basis of your daily decisions. Remember, innovation drives growth.

A GM needs those below him/her to excel. As a General Manager, make sure you commit time and effort into building a passionate team of employees who will make sure your objectives are met.

What does a GM do every day?

General Managers allocate the company’s resources to ensure the overall success of the company. They try to avoid high-risk ventures as well as processes that a company can do without.

A GM defines the goals and then sets out on a mission of pushing those under him to achieve them. In the actual sense, a General Manager is the only person who can commit the entire organization to a particular strategy.

A good General Manager can spot leaders and even assign challenging roles to fast track their development. They also emphasize the importance of job rotation to avoid production deficits.

General Managers appoint unwavering, functional delegates who can air ideas across the organization as they deliver permissive leadership. This way, the general managers will interact directly with their employees as opposed to sending memos, which are perceived by most employees as unfriendly.

A GM supervises the daily operations of an organization to make sure that the set goals are being implemented. That translates to structuring well-thought-out plans, pointing out problems as well as opportunities, and responding rapidly to them.

A Guide to Yamaha Jobs

Everything you need to know about offshore marine jobs

Top 5 Responsibilities of a Courtesy Clerk

Job Descriptions
We use cookies on our website to give you the most relevant experience by remembering your preferences and repeat visits. By clicking “Accept”, you consent to the use of ALL the cookies.
Do not sell my personal information.
Cookie settingsACCEPT
Manage consent

This website uses cookies to improve your experience while you navigate through the website. Out of these, the cookies that are categorized as necessary are stored on your browser as they are essential for the working of basic functionalities of the website. We also use third-party cookies that help us analyze and understand how you use this website. These cookies will be stored in your browser only with your consent. You also have the option to opt-out of these cookies. But opting out of some of these cookies may affect your browsing experience.
Necessary Always Enabled
Necessary cookies are absolutely essential for the website to function properly. These cookies ensure basic functionalities and security features of the website, anonymously.
Functional
Functional cookies help to perform certain functionalities like sharing the content of the website on social media platforms, collect feedbacks, and other third-party features.
Performance
Performance cookies are used to understand and analyze the key performance indexes of the website which helps in delivering a better user experience for the visitors.
Analytics
Analytical cookies are used to understand how visitors interact with the website. These cookies help provide information on metrics the number of visitors, bounce rate, traffic source, etc.
Advertisement
Advertisement cookies are used to provide visitors with relevant ads and marketing campaigns. These cookies track visitors across websites and collect information to provide customized ads.
Others
Other uncategorized cookies are those that are being analyzed and have not been classified into a category as yet.
SAVE & ACCEPT